Resist the Muslim Ban and Registry!

I created this Awareness Campaign for Human Rights because I am the son of Holocaust Survivors.  This inexpensive sticker is the same Star that Jews were forced to wear by the Nazis during the Holocaust. Instead of Jude, it says Muslim. When the Muslim Ban starts, I will wear the star on clothing for my Muslim brothers and sisters around the world who fight for justice, equality, and religious freedom during the Nazi Trump regime! Get yours HERE. 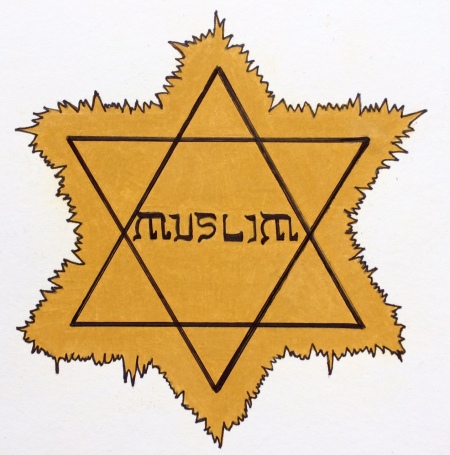 This entry was posted on Tuesday, February 21st, 2017 at 12:00 pm and is filed under Commentary, Current Affairs, Islam, Islamic Artists, Religion, Spirituality & Religion, Sufi, Sufism, Uncategorized. You can follow any responses to this entry through the RSS 2.0 feed. You can leave a response, or trackback from your own site.