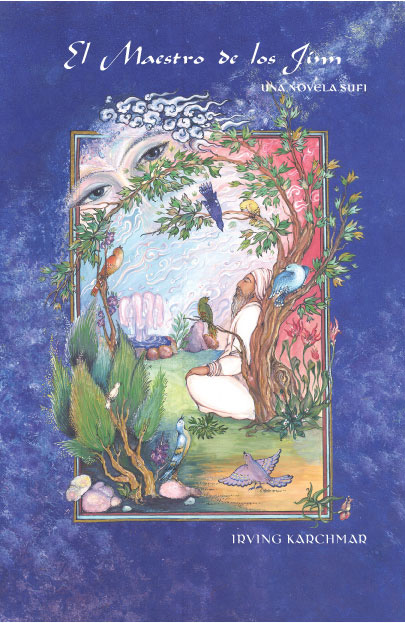 The Spanish translation of Master of the Jinn: A Sufi Novel, El Maestro de los Jinn, is now a paperback on Amazon.com :) And it would make a nice gift for your Spanish speaking friends for the Holidays :)

“Sometimes I would like to ask God why He allows poverty, suffering, and injustice when He could do something about it.”

“Because I’m afraid He would ask me the same question.”

– Anonymous quote, found in A Hole in the Gospel, by Richard Stearn, President of World Vision

O God, illuminate my heart and my ears and my eyes and my tongue and my hands and my feet and my entire body. O Light of all Lights!

O God, show me things as they truly are.

O God, wherever I turn, be before me; in whatever direction I go, be my destination; in every endeavor of mine, be my aim; in times of difficulty and sorrow, be my refuge and support; in every undertaking, be my advocate; and through Thy Grace and Loving-kindness, take up my actions in Thy Strength.

God’s greetings be upon Mohammad and his family, the noblest of all families.

– adapted from the Kebrit-e Ahmar (Red Sulpher) of Munawwar Ali-Shah Kermani, one of the past Masters of the Nimatullahi Sufi Order, and taken from In the Paradise of the Sufis by Dr. Javad Nurbakhsh

Note: Kebrit-e ahmar, or red sulphur. is the vital factor in transforming lead to gold for the alchemists. It is used metaphorically by the Sufis to indicate the energy and baraka, the hal, spirit or charisma, of the Master, which is the active agent in transforming the leaden nafs-dominated ordinary state of the human being into the golden, heart-led state of the developed Sufi.

May Allah bless you all this Eid al-Adha, dear Brothers and Sisters, with generosity of hand, sincerity of speech, kindness in action, and love and joy in remembrance of HU, the Source of all Generosity, Sincerity, Kindness, Joy, and Love.  Ameen!

“O Lord! Let not our hearts deviate now after You have guided us, but grant us mercy from Your own Presence; for You are the Grantor of bounties without measure.” (Quran: 3:9)

This is the time of Eid al-Adha, the Festival of Sacrifice, which celebrates the faith of Abraham, who was willing to sacrifice even his beloved son as God had commanded.

Now what are we willing to sacrifice in order that our prayers may be accepted?

That is the question I ask myself every year. Jesus (as) kissed the leper, the whore, and the thief, out of love and forgiveness and healing. Because of the great expansiveness of his heart, miracles were possible. What have we done, what can we still do, to be worthy of the love and forgiveness and healing we ask of God? The answer that comes to my heart is always the same:

Do what love demands.

Love is patient, love is kind. It does not envy, it does not boast, it is not proud. It is not rude, it is not self-seeking, it is not easily angered, it keeps no record of wrongs. Love does not delight in evil but rejoices with the truth. It always protects, always trusts, always hopes, always perseveres. Love never fails. -1 Corinthians 13:4-8

According to a hadith, the Prophet (peace be unto him) once said, “A true believer is one with whom others feel secure. One who returns love for hatred.”

Alhamdulillah! Indeed, Love is the greatest miracle of God. There have been Spiritual Masters who would not let an aspirant be initiated until they had gone to everyone whom they had wronged in their life, and begged forgiveness, making amends in any way that was required. And until they had gone to everyone that had wronged them in their lives, and granted them forgiveness without asking, and with a whole heart. Only then could such a one be initiated on the mystic path.

And so we come to the great task of our lives, brought into focus on this day of Eid al-Adha: To sacrifice our fear and hatred, our envy and greed and all the other works of the fearful and self-absorbed nafs, in the certain knowledge that anyone who forgives a debt will be repaid tenfold by God, and anyone who forgives a wrong will be forgiven by God a hundredfold, and anyone who returns love for hatred will make of this life a paradise. That is what love demands.

Your task is not to seek for love,
but merely to seek and find
all the barriers within yourself
that you have built against it.
– Rumi

It’s a habit of yours to walk slowly.
You hold a grudge for years.
With such heaviness, how can you be modest?
With such attachments, do you expect to arrive anywhere?

Be wide as the air to learn a secret.
Right now you’re equal portions clay
and water, thick mud.

Abraham learned how the sun and moon and the stars all set.
He said, No longer will I try to assign partners for God.

You are so weak. Give up to grace.
The ocean takes care of each wave
till it gets to shore.

You need more help than you know.
You’re trying to live your life in open scaffolding.

Say Bismillah, In the name God,
As the priest does with knife when he offers an animal.

Bismillah your old self
to find your real name.

SANG RAJA JIN, the Indonesian translation of Master of the Jinn, is now a Google Ebook for only $2.51 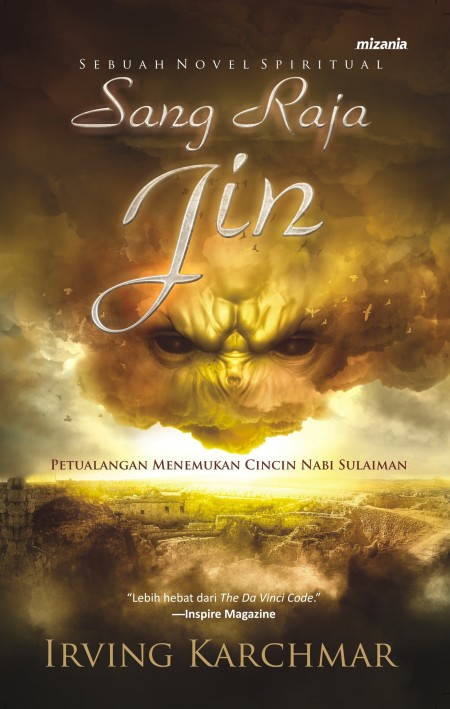 Sang Raja Jin, the Indonesian translation of Master of the Jinn, in now a Google Ebook for only $2.51 which is 28,905 rupiah, I think. Click HERE to order.

Note: Buy the paperback wherever books are sold, or order from the publisher HERE.

Muslim Prayer in the Bible

“Humble yourselves in the presence of the Lord, and He will exalt you.” – James 4:10

Some Christians may find the Muslim method of prayer odd…but if they were to pray as described in the Bible then they would find themselves praying much like Muslims…for example:

“Then David arose from the earth, and washed, and anointed himself, and changed his apparel, and came into the house of the LORD, and worshipped…”
(2 Samuel 12:20)

“So they shall wash their hands and their feet, that they die not: and it shall be a statute for ever to them, even to him and to his seed throughout their generations.”
(Exodus 30:21)

“And Moses and Aaron and his sons washed their hands and their feet…”
(Exodus 40:31)

RAISING OF THE HANDS:

“…and they (Moses and Aaron) fell upon their faces: and the glory of the LORD appeared unto them.”
(Numbers 20:6)

“And Joshua rent his clothes, and fell to the earth upon his face before the ark of the LORD until the eventide, he and the elders of Israel, and put dust upon their heads.”
(Joshua 7:6)

“…they bowed themselves with their faces to the ground upon the pavement, and worshipped, and praised the LORD…”
(2 Chronicles 7:3)

“…and they bowed their heads, and worshipped the LORD with their faces to the ground.”
(Nehemiah 8:6)

“And when the disciples heard it,they fell on their faces…”
(Matthew 17:6)

“…and (all the angels) fell before the throne on their faces, and worshipped God…”
(Revelations 7:11)

“…all they that go down to the dust shall bow before him: and none can keep alive his own soul.”
(Psalms 22:29)

“David arose out of a place toward the south, and fell on his face to the ground, and bowed himself three times…”
(1 Samuel 20:41)

“And it came to pass, that, when Abraham’s servant heard their words, he worshipped the LORD, bowing himself to the earth…”  (Genesis 24:52)

Note: See also this previous post, The Upward Glance and the Lowest Bow.